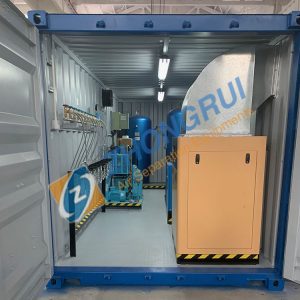 easy installation：The equipment is compact in structure and skid mounted as a whole. It occupies a small area and requires no capital investment.high quality zeolite molecular sieve：It has large adsorption..…… 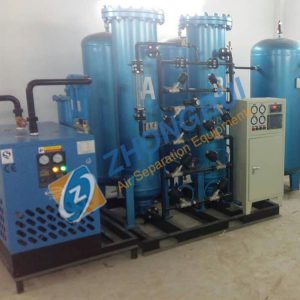 The Difference Between Industrial Oxygen and Medical Oxygen

Before we get to the main topic, here is a set of statistics. According to the national standard GB-T3863-2008, the oxygen content in industrial oxygen

What is On-site PSA Nitrogen Generator?

1. What is an On-site PSA Nitrogen Generator? If you are worried about the environment, you have to worry about the damage you can do. 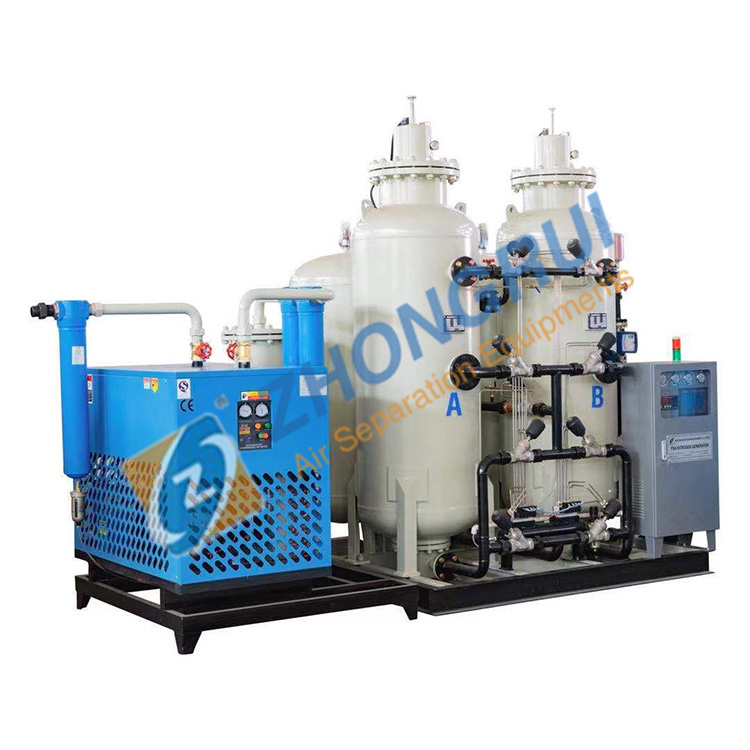 Oxygen is used in many areas. For example, artificially produced oxygen is used in fish farming, drinking water treatment, metallurgy, biogas plants, and in the food industry. Oxygen must be available in a specific purity, mainly when used in the medical field, e.g. in the operating theatres of hospitals and veterinary clinics. In this regard, purity indicates the proportion of oxygen in the total gas mixture.
Medical oxygen generator from a China factory can produce medical oxygen, which has an oxygen purity of 93%-95%, meets the requirements of the European Pharmacopoeia for medical gases as well as ISO standards 7396-1:2016 for pipeline systems for medical gases and 13485:2016 for the quality management system for medical device manufacturers.

China PSA medical oxygen generator manufacturer uses clean compressed air as raw material and zeolite molecular sieve (ZMS) as adsorbent, to produce oxygen gas with Pressure Swing Adsorption (PSA) technology at normal temperature. ZMS is a round granular adsorbent full of micropores inside and outside, which has the characteristic of selective adsorption. N2 has a higher diffusion rate while O2 has a lower, therefore N2 is adsorbed into ZMS while O2 is out of it. By controlling the on/off state of the pneumatic valves by PLC, adsorbing under pressure and regenerating without pressure, to separate nitrogen and oxygen gas, and create a continuous flow of oxygen with require purity.

In recent years, many hospitals have adopted their own oxygen supply mode, especially after the outbreak of the new crown epidemic, medical oxygen generators are more effective in meeting the oxygen supply in medical rescue.

To ensure a continuous and stable supply of oxygen, two or more adsorption towers are generally set up, one for adsorption and the other for regeneration of the adsorbent to enable repeated recycling. Switching of use is done at appropriate times to ensure continuous oxygen production at concentrations between 90 and 94%.

The normal air content of oxygen is 21%, the nitrogen content is 78%, and the function of the oxygen machine is to produce oxygen in the air, and the rest of the gas will be separated and discharged into the air. Generally speaking, the probability of failure of the current medical oxygen machine is very low, the normal situation of the electronic board performance is relatively stable, and there will be no failure situation. But there are exceptions ~

Failure phenomenon: the adsorption and resolution function of the molecular sieve is affected, the oxygen generator does not operate well, and the quality of oxygen produced is not ideal.

Cause of failure: As the spool and diaphragm of the inlet valve, balance valve, and nitrogen discharge valve are moving parts, it is easy to cause the rupture of the diaphragm and the deformation of the top of the spool during the long working time, which leads to the loss of the normal closing function of the solenoid valve, and then the adsorption and analysis function of the molecular sieve is affected to a certain extent so that the whole oxygen machine does not operate well. So in general, most of the failures of the medical oxygen machine are due to this problem, if this problem is eliminated, then the oxygen machine should be checked comprehensively to find out the cause of the failure. A molecular sieve is an important component of the medical oxygen machine that is missing and occupies an important position in the process of oxygen production. Affected by the environment, use conditions of moisture, oil, and so on may make the molecular sieve lose its role.

What should I do if the purity of the nitrogen generator decreases?

What is carbon molecular sieve poisoning in nitrogen generators?

How to do ash injection of PSA nitrogen generator?

If the PSA nitrogen generator has ash spraying, we need to pay attention to: First: check the material sprayed from the muffler, there are generally small particles, we need to check whether the particles belong to activated carbon or molecular ...

What are the precautions for the operation of the nitrogen generator?

1. Adjust the pressure regulating valve in front of the flowmeter and the nitrogen production valve behind the flowmeter according to the gas pressure and gas consumption. After the adjustment is completed and the purity reaches the standard, do not ...

How to maximize the working efficiency of the nitrogen generator?

Please Feel free to give your inquiry in the form below. We will reply you in 24 hours.